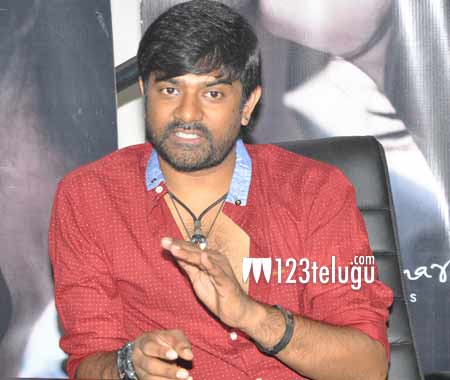 Kumari 21F, is one film which is in much news off late. On the eve of the film’s release, we caught up with the film’s director Surya Pratap for a brief interview. Here is the transcript.

After directing Current, I started assisting Sukumar in his writing department. After seeing my work, Suku himself offered me this film.

Q)Why did you assist Sukumar even after becoming a director ?

My writing skills were a bit weak and I felt that working with Sukumar will make me a better writer in the future. After seeing my work closely, Sukumar decided that I should direct this film.

Q)Do you think Telugu audience are ready for such a bold subject ?

Yes ! The film is about today’s generation. The entire youth will definitely connect with the story and embrace it big time.

Q)How was it working with Raj Tarun ?

He plays a very cool headed person and represents today’s youth. When compared to his previous films, you will see a new Raj Tarun in this film.

Q)Reports reveal that this film is a Hollywood remake ?

No ! This film is not inspired by any foreign film. It is made from some real life experiences that Sukuamar shared to us during his free time.

Q)How did you rope in such senior technicians like DSP and Ratnavelu for this small budget film ?

After wrapping up the script, Sukumar sent me to DSP and Ratnavelu for their opinions. Both of them listened to the story and liked it immensely. After a few days I got to know that they decided to be a part of the film themselves.