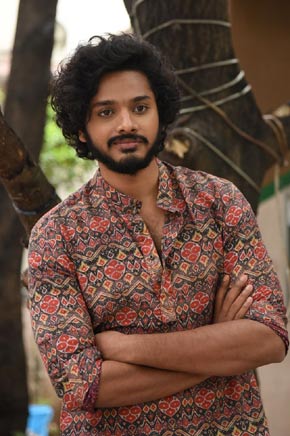 Adbhutam is a film that will have a digital OTT release tomorrow. On this occasion, we caught up with the film’s hero Teja Sajja for a brief interview. Here is the chit-chat.

How disappointing was Ishq’s outcome for you?

I did not enjoy the success of Zombie Reddy as I was busy filming my other projects. But the debacle of Ishq hit me hard in a big way. Ishq has backed by some big people but it did not click even though it had a great story. I learned a lot from this film.

Adbhutam is your third film this year. How do you feel?

When an actor goes through ups and downs and that too in times of Covid, I am so happy that I am having three films this year. What more can we ask for? I am happy and confident about this film.

Are you disappointed with the OTT release?

I am not. In fact, this film will suit the OTT culture well, and am happy that a lot of people will get to watch it. The film has a sensible approach which will impress one and all.

The story itself is new and the genre has not been tried before much in Telugu films. The story is quite strong and the twists will leave you impressed.

What kind of films are you planning to do?

I am a 90’s kid and learned dance, horse riding, and fights. But after doing three films, I understood that the story should be strong. If this happens, things will automatically follow.

About the superhero film Hanuman?

60% of the film has been wrapped up and the rushes are superb. Prashanth Varma is making this film on a big scale and it will be a turning point in my career.