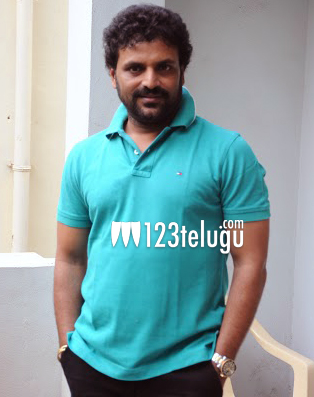 Yet another famous businessman, ‘Touch Stone’ Dorai Sawmy has turned producer with the latest flick Romeo. Starring Sai Ram Shankar, this film is slated to hit the screens this Friday. We caught up with him for a brief chat. Let’s see what he has to say.

Why did you get into production ?

The director of Romeo, Gopi Ganesh is my junior in college and a close friend. One fine day, he came to me with the story of Romeo and requested me to produce it. After hearing the story, I happily agreed and the project went on floors.

What are the major highlights of Romeo ?

The story itself is quite unique, and will be a major highlight of the film. Puri has given an interesting script which has never been tried in Telugu films.

Has Gopi Ganesh done justice to this film with his direction ?

Gopi is a very hard working guy. He has executed this film supremely well, and will definitely impress one and all.

How was it working with Sai Ram Shankar ?

It was a wonderful experience working with him. He looks dashing and has acted quite well in the film. Our film will definitely bring him good name in the industry.

Whose idea was it to rope in Ravi Teja for a cameo ?

It was both director Gopi and Puri’s idea to rope in Ravi Teja. I should thank Ravi Teja for not charging a single penny for his cameo. His role comes in at a key point in the film.

Why has the film been delayed for such a long time ?

After seeing some of the rushes that were shot abroad, we decided to re-shoot them. This was the major reason for the delay.

After this project, I want to make a message oriented film like Matrudevobhava.