Interview: Vaani Kapoor- Aha Kalyanam’s nativity will connect with the audience
Published on Feb 16, 2014 3:30 am IST 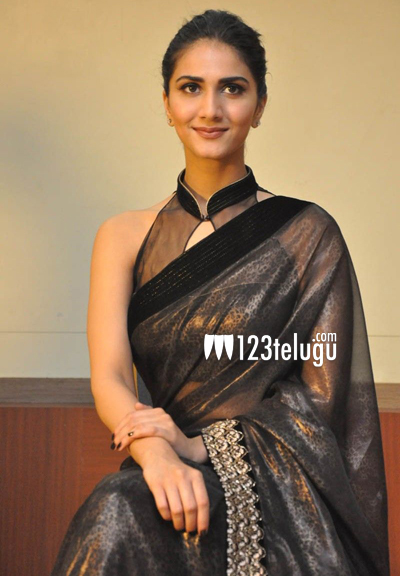 Yash Raj Films has ventured into south films with the remake of Band Baaja Baraat titled Aha Kalyanam. This romantic love story stars Nani and Vaani Kapoor in lead roles. The film is up for release, and promotions are in full swing. Aha Kalyanam’s leading lady, Vaani Kapoor met the press for a detail interview. Let’s see what she has to say.

Q) Are you nervous about the release ?

A) I am not nervous, but very eager to know how the audience are going to receive the film.

Q) Tell us something about your character ?

A) I play a Telugu Brahmin girl called Shruthi. She is a girl with positive attitude who has a clear view as to how to go about in life.

Q) How was it working with Nani ?

A) I met Nani in Mumbai, and he did not speak to me much there. The first time I spoke freely was during the first day of the shoot. As time passed by, we opened up and became very friendly. Nani is a very down to earth guy and has always something interesting to say.

Q) What do you think of Nani’s performance in the film ?

A) Nani had a very difficult role to play in the film. He approached his role with a lot of sincerity and did it quite differently and with a lot of perfection.

Q) Tell us something about your director Gokul Krishna ?

A) He was my favorite person on the set. He is such a sweet guy who never lost his cool, but still managed to extract what he wanted from us.

Q) How do you think the south audience would receive this film, as most of them have already seen Band Baaja Baraat ?

Q) There is a lip lock scene in the film. How do you think the south audience will react to this ?

A) It is the turning point of the film and comes at a crucial stage. I am confident that the audience will not feel awkward, and will go with the flow of the film.

Q) Since you have been promoted well in the south. Did you get any offers here.

A) As of now, I did not get any offers. If the banner and the offered role is good, I would love to a film down south.

My next is also with Yash Raj as I am in a three film contract with them.