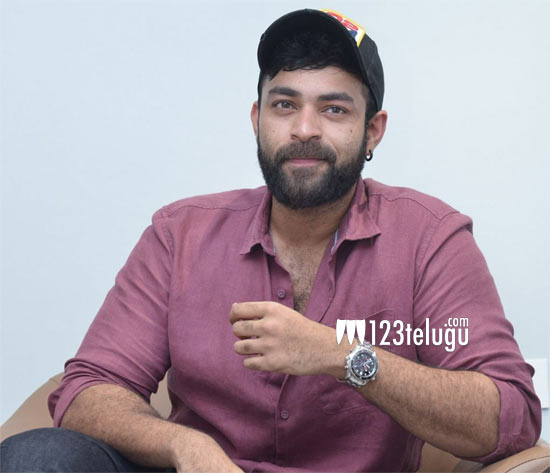 F3 is all set to release tomorrow and on this occasion, we caught up with hero Varun Tej for a detailed interview. Here is the transcript.

I had traveled for three years with Ghani. Due to Covid, we lost judgment with the film. I felt that it will be a big hit but it did not happen. That is the reason I also posted a personal note for the audience.

What made you decide to do F3?

F2 was a big hit and both I and Venkatesh Garu went and watched the film on the big screen. Seeing the response, we felt that the audience loved us and the sequel is the best gift to them.

About your stammering issue in the film?

Initially, when I heard the plot, I felt it was very easy. But evoking comedy is so difficult and It was very hard for me to perform. But I pulled it off with the help of Anil as he used to perform every scene for us.

Working with the likes of Venkatesh?

More than the actor, I love Venky garu as a human being. He has such vast experience and I treated him as a father figure. The way he took care of me during the shoot is quite memorable and I will cherish it all my life.

He knows the mass pulse quite well and there is never a dull moment with him. He knows his craft quite well and is very confident with his narration. The way he has narrated F3 will be loved by one and all.

My family was quite shocked to see me doing crazy stuff in the film. Charan anna, Tej, and other family members also are quite excited to see me in such a fun role.

Sunil Anna was my favorite comedian during my college days. The first five days of my shoot were with Sunil and we bonded quite well. He is hilarious in the film and will shock you with his performance.

There will surely be F4 and Anil has already narrated three different points that I cannot discuss as of now. Everything depends on how successful F3 is going to be.

Do you have any intention to do OTT projects?

Why not. I have also received a few offers but I did not like them. Maybe in the future, if I get a good story. I will surely do it.

My next project is with Praveen Sattaru. It is an out-and-out action drama which will be entirely shot in London. I am super excited about that project.