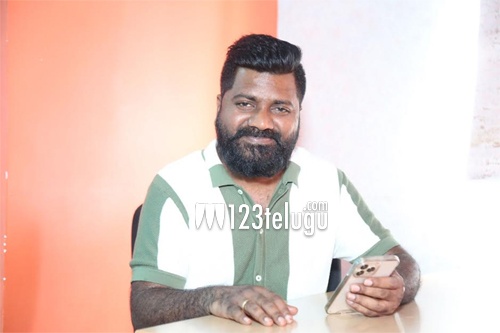 Virata Parvam will be out on the 17th of this month and on this occasion, we caught up with the director Venu Udugula for a detailed interview. Here is the transcript.

The idea behind Virata Parvam?

Virata Parvam is my temperament and is based on the happenings which I saw right from my childhood in Telangana. Be it the Naxal movement or the gritty issues what the state has seen is shown in the film. So, I set up a love story in the backdrop of all these political issues that happened in 1990.

Don’t you think Virata Parvam is a propaganda film?

The film is based in 1992 and there are major issues like the Babri Masjid issue and liquor prohibition going on during this time. All these issues will shock you but are only there as a backdrop.

How upset were you about the film’s delay?

I was very hurt and faced psychological issues as to when this film will come out in the first place. But finally, the wait is over and I should thank my producers for sticking on to the theatrical release even after getting solid OTT offers.

About Rana’s entry into the project?

Rana was not the first choice and as my producers asked me to narrate it to Suresh, I did the same. He liked it and suggested I narrate the story to Rana. I was surprised to hear a yes from Rana as the story is more toward the heroine. But Rana too has a key part.

Sai Pallavi’s reaction to the story?

I gave a ten-minute narration to Sai Pallavi in her caravan. She immediately said yes and joined the project. For some reason, while I was scripting the film, I wrote keeping Sai Pallavi in mind. She has done a fabulous job in her role.

Reason behind having big names like Nandita Das and Zarina Wahab?

These big names were a must to the film and names like Nandita Das and Zarina Wahab have only added depth to the film. Their roles are crucial and will be loved by one and all.

What kind of films do you want to make in the future?

During the lockdown, I have already written two stories and both are content-based films. I believe in narrating a serious subject with a nice cinematic experience. If I make it like a documentary no one will watch it.