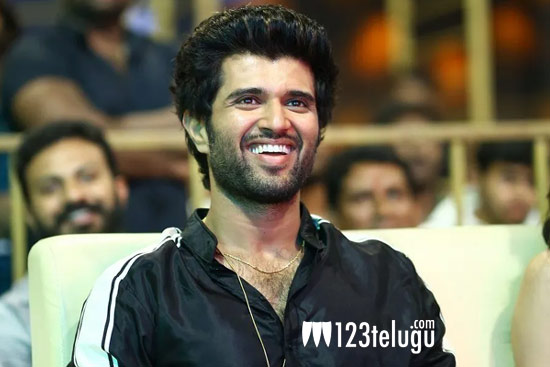 Liger is up for a release this 25th of August. On this occasion, we caught up with Vijay Devarakonda for a detailed interview. Here is the transcript.

Is Liger a Telugu or a Hindi film?

It is a proper Telugu film with the backdrop of Mumbai. The film is about Telugu people but is based in Mumbai completely and has lots of Hindi flavor to suit the sensibilities of everyone.

How did you get the opportunity of working with Puri Jagan?

Post the success of Taxiwala, Puri sir called me and offered me a film. I was super thrilled and said okay right away. Later, he came up with the story and I loved it completely and signed the project.

Karan Johar and I go a long way back. After watching Arjun Reddy, he called me to his house and said he loved the film and said he would launch me if I was interested in doing Hindi cinema. Once Puri sir decided to make this as a Pan-India film, Karan sir was our first choice and Karan did not even listen to the story and came on board right away. He is the main reason for the film’s crazy buzz all over.

Even I heard of the similarities but I can vouch for the film and say that both the films are poles apart. This has the backdrop of boxing but is a different saga altogether.

Working with the likes of Mike Tyson?

The day my mother found out I was working with Mike Tyson, she was very tense. Seeing her, I even got tense and was anxious to see how things would unfold. But Mike was a real darling and made things so easy for us. His entry and fight with me will be super special.

About the trolls regarding your dances?

I have been facing a lot of trolls regarding my dance and I am not bothered as I am not well versed with it. But I tried hard and have done a decent job. I even remember crying not getting the steps right for the Akdi Pakdi song. But I have worked hard to satisfy the fans.

About your ‘Ma Nanaa evaro Telvadu’ comments during trailer release?

What is wrong with that. Except me, no one knows my family. So, to see such love for me, I felt very happy and uttered those lines. There is absolutely no double meaning or pun intended with my lines.

Working with the likes of Puri?

I wondered how whoever worked with Puri sir, said they love him so much. Once I started interacting with him only, I understood what he is all about. He is a gem of a person and a man with a golden heart. He is a trend setter and has showcased me superbly in the film.