Interview : Vijay Devarakonda- My chemistry with Rashmika will be the highlight of Dear Comrade
Published on Jul 22, 2019 7:57 pm IST 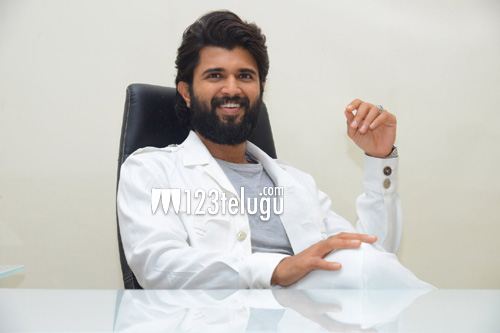 Vijay Devarakonda is all over the news as his new film Dear Comrade is up for a release this Friday. On this occasion, we caught up with him for a detailed interview. Here is the transcript.

Are you planning the promotions of Dear Comrade?

Many are asking me the same question these days. Yes, it is majorly my idea to promote the film in a different manner. The whole idea is to take the film deep into the audience and I feel we are successful in that so far.

What’s your opinion about the film’s output?

This film is very close to my heart as I completely connect to the story and my role. I have seen the film and it has come out quite well. That is the reason I am promoting it so well and I am super confident that the film will be a bigger hit.

Dear Comrade about the journey of two-character played by me and Rashmika. There is a superb emotion about the film which will stay with you once you come out of the theater. The film is about what one should do to fight for what they love and believe in.

Is there any tension as the film is releasing in four languages?

Yes, there is tension as the film is releasing in four languages. Even Baahubali did not release in Kannada and there is a curiosity as to how the film will be received. The subject is suitable for all the sensibilities of South languages and if the film becomes a hit, then my career will change for good.

When will you make your Bollywood entry?

I have been getting offers from Bollywood but have turned them down as of now. I do not have time to finish the project in Telugu first. But if I get a good subject, I will surely make my Bollywood debut?

We have become very close friends while working on this film. Rashmika has done an amazing job and will stand out in the film. Our chemistry is sizzling and will be a major crowd puller for sure.

Kranthi Madhav’s film is coming to end. Apart from this, I have okayed a film with a newcomer. Then, there are a bilingual and a couple more projects in the pipeline.