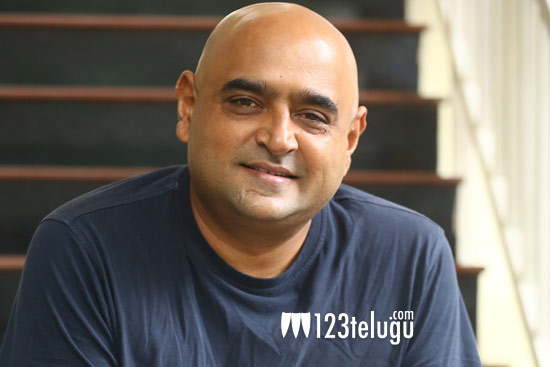 Vikram K. Kumar who is known for films like Manam, 24, and Ishq is ready with his next film Thank You which has Naga Chaitanya in the lead role. The film will be hitting the screens on 22nd July. Ahead of the film’s release, the director gave a media interview sharing his experience. Here is the transcript.

How is the title Thank You relatable to this story?

We use the word thank you a lot more times in our daily lives. But we use it for very simple things. We never use thank you for the most important things in life. That’s the main reason we made this film. We reduced the actual value of that word by using it all the time. The sad part is we aren’t using it where it is actually required.

What’s the most forgettable thank you moment in your life?

For me, it’s my father. My dad is the reason for me being here today. I never thanked him in life. When I wanted to, he left this world all of a sudden. We can’t know what happens the very next minute. Though no one asks for it, they will feel too good when we say it.

What’s the particular reason to work with Naga Chaitanya again?

I was traveling with Chay for some years and we were discussing on few ideas. During Hello movie, this script came. The protagonist role has three different shades in different age groups. No one else can do a 16-year-old role except Chay. We can use technology to make actors look like 16, but it won’t be natural. Only Chaitanya will look natural.

Going by the trailer shades of Premam and My Autograph Sweet Memories were visible. What’s your take on this?

Both the mentioned films are great. The fact that comparisons are being made with such great films is a good thing and I feel much elated about that. Thank You showcases Abhiram’s journey. Hence such comparisons are quite natural.

You did the film which was written by another writer. How did you adapt the story?

This is the first time I am doing a film that is written by others. When BVS Ravi came up to me with the story, I liked the core point. The soul of the story is very powerful and strong. As a writer, I liked it very much and got connected to it immediately. But the treatment will be in my style.

Music is very important for this kind of film. What’s your say on this?

These days people are watching movies only if it has good music and songs. If the music and songs are not good people stopped coming to the theatres. Thaman has given a beautiful album and the background score is lovely too.

Three heroines acted in this movie? Whose role will have more impact?

It will be Raashi Khanna. Her role is very crucial in the journey of Abhiram. She did a fantastic job and is an amazing actor. During the shoot of one scene, I had tears in my eyes. That’s one of the best scenes in the film.

Is there any connection between Abhiram’s role and you in real life?

It isn’t just me. So many people can relate to Abhiram’s role. We think that we are the sole reason for where we are in our lives. Everyone will think that way. We need to acknowledge the presence of people who made us successful. We always think the opposite person will feel happy when we thank him/her. But it doesn’t work that way. The inner happiness that we get while thanking others is priceless and can’t be explained in words.

How is your first time working experience with Dil Raju?

I know Raju garu for a long time since Arya. We keep bumping into each other at parties and theatres. We were searching for a good script to work together. Finally, it happened with Thank You. Their banner is very renowned for making these kinds of films and I feel this is a perfect way to start our journey. I hope to do more movies with him.

Thank You is a universal word. Why didn’t you try in other languages like Tamil?

That discussion was very much on right from the start. We then decided to do it in Telugu alone without any burden. We will think of other languages later.

You have again paired up with Naga Chaitanya for the Dhootha series. Apart from it what are your future projects?

As of now, I have a few ideas in my mind that I am working on. I have a project with Mythri Movie Makers and I am also in talks for a Hindi film. I can’t reveal much. The Hindi film will be an action drama that I have not done previously. I will soon share the details of my project that is going to be with the Mythri team.

Tell us about the shoot update of the Dhootha series?

Chaitanya’s portions have been wrapped up by today. In another 15 days, the entire shoot would be completed.