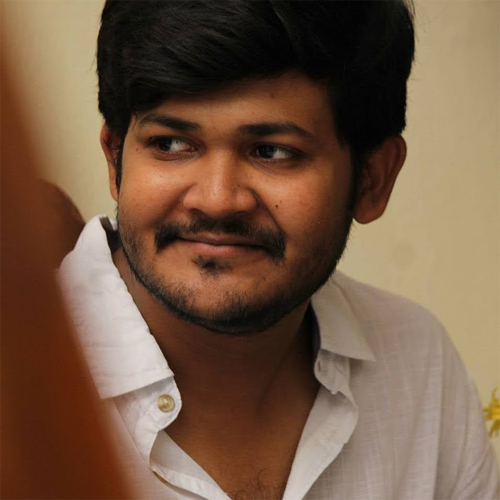 Hero Anand Deverakonda’s second film, Middleclass Melodies is all set for a direct OTT release on Amazon Prime on November 20. On this occasion, we had an exclusive virtual interaction with the film’s director Vinod Anantoju. Here is the transcript.

Q) How did the project materialize?

Being an aspiring director, I have been approaching various production houses with the script for the past two years. In that process, I met director Anand Prasad and narrated him the story. He liked the script after the first hearing itself and agreed to bankroll it.

When I met Anand, his first film Dorasaani did not release. After a brief interaction, I felt he is the apt person for my film and brought him on board. We had a training session with Anand on the Guntur slang and dialogue modulation before joining the sets. I’m sure that he will impress big-time as a Guntur guy.

Q) Any particular reason behind picking Guntur city as the backdrop?

Though my native place is not Guntur, I studied and had spent most of my time in Guntur. As I’m very much aware of the culture there, I started writing the script based on the real-life characters which I have been seeing for many years.

Q) How did you approach Varsha Bollamma?

Earlier, I saw Varsha’s Tamil film, 96′ and very much impressed with her facial expressions and felt that she is correct for my script. Later, I approached her and after listening script, she said okay to do the movie.

Q) How excited are you about MCM’s release on Amazon Prime?

During the post-production stage, Corona lockdown was announced and it disappointed me as I have no idea on when my first film will have a release. But when Amazon Prime acquired the rights, I felt very happy because not only our Telugu audience but other language moviegoers will also get an excess to watch my film. So I’m eagerly waiting to see the response from the audience.

As our film runs based on the lifestyle of middle-class people, everyone felt it is the apt title. I’m sure that after watching the film, even the audience will also feel the same. In one word, Middleclass Melodies is a light-hearted comedy and family drama. I’m confident that everyone will relate to it.

Q) About the production house?

My producer Anand Prasad is s very cool person. He gave me whatever I wanted for the film and supported me throughout the making process.

A) As of now, I’m working on various scripts and will make an official announcement regarding my second project soon.