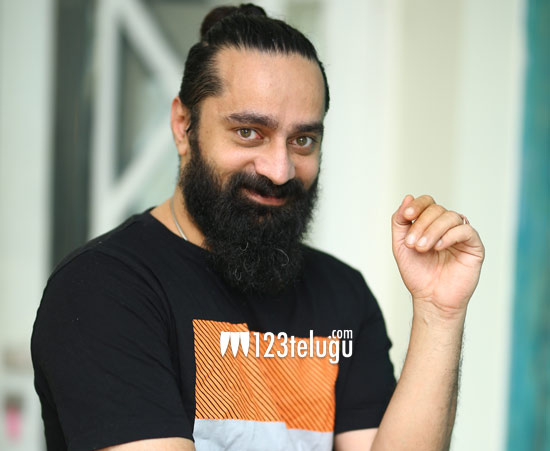 Sita Ramam produced by Swapna Cinema, presented by Vyjayanthi Movies, and directed by Hanu Raghavapudi is ready for a grand release on the 5th of August. The film stars Dulquer Salmaan and Mrunal Thakur in the lead roles. On this occasion, we met with the music director Vishal Chandrasekhar for a brief chat. Here is the transcript.

The reason behind giving a terrific album for Sita Ramam?

The story of the film is wonderful. Director Hanu Raghavapudi wrote a fantastic story that has good situations which require songs. If the music has to be good, the story needs to demand music. One such film is Sita Ramam. The plot made me give exceptional music. I have earlier worked with Hanu Raghavapudi for Padi Padi Leche Manasu. The way he develops his story is outstanding.

What’s the difference between Sita Ramam and other films regarding music?

I haven’t done rich music in this manner earlier. Sita Ramam’s music will be very rich. I have done this film organically. A lot of research was done for the tunes in this film. The groundwork was done to know how the tunes were in Telugu cinema during the 60s and 80s.

Which music director inspires you?

Ranjit Barot. He worked with Prabhdeva for a Tamil film named VIP. His music inspired me a lot. I initially thought it was AR Rahman who composed for that particular film. Later I got to know it is Ranjit Barot. But he didn’t continue after that. He is a long-time associate of AR Rahman as a drummer.

Which director do you wish to work with?

I want to work for Mysskin’s films. I am ready to work with any director who writes good stories. As far as I am concerned if the music needs to be good, the content should also be good.

I am in talks for a film with Madhavan sir.