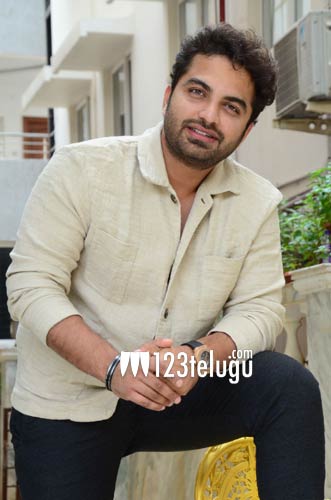 Young hero Vishwak Sen is celebrating his birthday on the 29th of this month. On this occasion, Vishwak Sen interacted with the media and spoke about his upcoming film, Paagal and future projects.

Q) Any special plans for the birthday?

A) Nothing much. I will be taking part in my film’s shooting on my birthday.

Q) Paagal is gearing up for an April 30th release. A few words about it?

A) Yes, the film is releasing on April 30th and I’m excited about it. After films like Falaknuma Das and HIT, I have tried my hand at a complete soft-toned love story. I’m eagerly waiting to witness the response from the audience.

A) Not actually, but coming to Paagal’s promotions, we have decided to release Paagal’s theatrical trailer only in theaters which has not happened in recent times after the domination of social media came into existence.

Q) Top producer Dil Raju is presenting Paagal along with Lucky Media banner. Tell about it?

A) He is a brilliant producer and a good human being. Working in his banner is like a dream come true moment for me. We are discussing with him continuously on promoting it in both the Telugu states and taking valuable inputs. His support is like a big boost to our team.

Q) What is Paagal all about?

A) The film is a feel-good love story laced with nice entertainment. In commercial films, we have tried something new with the film and you have to watch in the cinemas on April 30th to witness it.

A) Apart from Paagal, I will have two more releases this year. One among them is Project Gaami, an adventurous drama. I have one film each with PVP and BVSN Prasad. A project with director Tarun Bhascker is also in the pipeline.