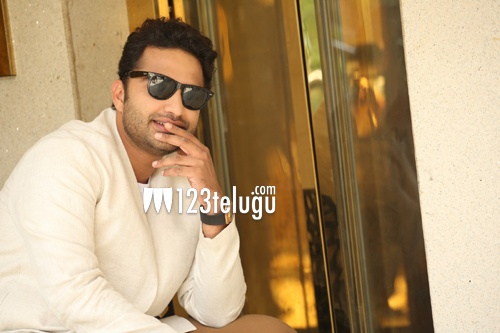 Vishwak Sen is promoting his film Paagal in a big way. The film is ready for release tomorrow and we caught up with him for a detailed interview. Here is the transcript.

Your speech at the pre-release event went viral and some say you are overconfident. What’s your take?

I will not take back any of my words and still say that the film will be a blockbuster. I have seen my film and it is my practice to watch my films before their pre-release events. The first half will make you laugh and the second half will move you emotionally.

The release was planned all of a sudden. Tell us about it?

A lot of post-production was yet to be done. I took things took on my hand and made sure that everything is done on time. As we could not make it on Friday, we planned a Saturday release.

What are the highlights of Paagal?

The last half an hour of the film will be the biggest highlight. It has solid emotion and girls will surely feel the pain and thrill in the film. Also, the film has full-on fun elements where youth will love it completely.

During this pandemic how do you think the audience will receive the film?

Yesterday, I went to Prasadz for the promotions and saw that no one is there. This was so disappointing to see. I have no background in films and I request everyone to support me. Especially, the reviewers, I request them not to attack the film as I have given my heart and soul to this film.

I have a film with PVP and Dil Raju Garu. One more film with BVSN Prasad is there and I also have few other films in the pipeline.

Finally, why should we watch the film?

Our film has everything and I guarantee that even after going home, my film will surely haunt you. The mother sentiment, romance, and comedy will thrill you completely.