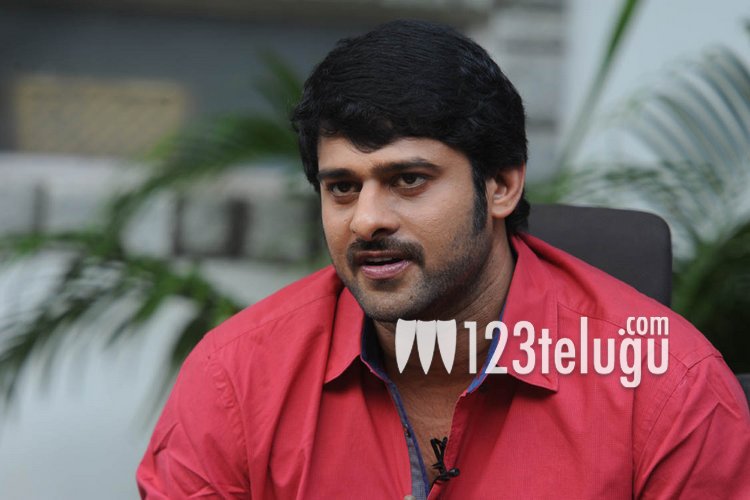 After giving two back to back hits, Young Rebel Star Prabhas is back with his mass offering Rebel. The movie has hit the screens last Friday and has managed huge collections on the first day. Hero Prabhas, called for an press conference at his residence, and shared his joy. Let’s see what he had to say.

1. After doing two romantic films you are back with a mass film once again. What kind of response are you getting for Rebel?

Ans: Doing two family oriented films made me get very closer to family audience. Just to get out of the good boy image i am back with Rebel. The response is amazing. Rebel has crossed the first day collections of all my previous films and i am very thrilled about it.

2. Was it your suggestion to have ‘Rebel’ as your movie’s title?

Ans: Actually, it was my directors Dasarath and V V Vinaayk’s suggestion to have that title. Once Rebel’s shooting started i suggested that name and everyone liked it very much. So we decided to go with Rebel.

3. What are your favorite scenes in Rebel?

Ans: I loved the pre-interval fight, comedy episodes with Ali and all the scenes between Krishnam Raju garu and Supreet.

4. Why did Rebel get delayed so much?

Ans: Lawrence always wanted to make Rebel a stylish flick. He took extensive care for filming several scenes. Just the pre-interval fight took us 12 days to shoot and the rest of the film was delayed for such several reasons.

5. How was the response for Rebel’s Audio.

Ans: Initially we thought that the response would be really good, but it was not up to the mark. We should have released the audio at least one month in advance for better results.

6. How was it working with you uncle once again?

Ans: It loved every bit of it. Initially i was scared to work with him, particularly in the temple scene where i had yell at him. I was very reluctant to do that scene but Krishnam Raju garu encouraged me and asked me to give my best shot.

7. So tell us who is ‘Rebel’ in this this movie. You or your Uncle?

8. So how is Varadhi shaping up?

Ans: Let me clear you all that Varadhi is not the confirmed title. Once we finalize the title i will let you know. We are planning to release it some time in December.

9. Tell us about you next project with Rajamouli, What can we expect from it?

Ans: Oh ! that would be a full on mass entertainer. We start filming in December.