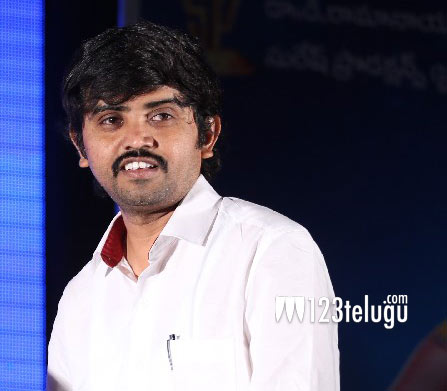 Shreyas Media has been associated with some entertaining films in the past. After bringing the super hit film Pizza to Tollywood, they are back with yet another thriller in Bhadram. The film’s producer, Srinivas caught up for a brief interaction with the press, and lets see what he has to say.

Q) Tell us something about Bhadram ?

A) Bhadram is a thrilling murder mystery which is the dubbed version of the super hit Tamil film Thegidi. The movie has released yesterday to some positive talk in Tamil, and when we watched it, we immediately decided to bring it to Telugu.

Q) Why have you named the film Bhadram ?

A) The film is a complete murder mystery, where a lot of killings are happening. Since the suspense has been nicely built up till the end, we thought Bhadram would be an apt title.

Q) When is the movie releasing ?

A) The post production activities are currently under way, and we are the planning for a March first or second week.’s release.

Q) Tell us some thing about the lead stars ?

A) Ashok and Janani will be seen as the lead actors in this movie. Ashok has acted in Villa, but Janani has done 16 films till now. You have already seen her opposite Vishal in Bala’s Vaadu Veedu.

Q) What are your upcoming films in you banner ?

A) We have already started shooting for a bilingual titled Yes, we will start one more film with director Ravi Babu’s assistant Venkatratnam.

Q) Which is more easier, film promotions or production ?

A) Obviously ! promoting films is a more easier task when compared to production. For example, we made E Rojullo in just 45 lakhs, ended up spending 75 lakhs for promotions.