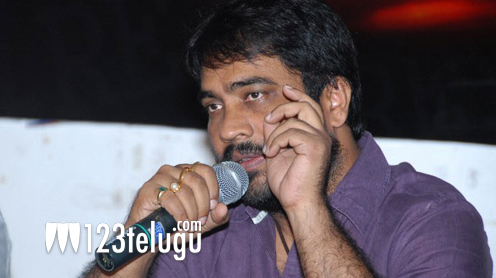 For the first time in his career, Y.V.S. Chowdhary is producing a movie with someone other than himself at the helm. Gunasekhar is the director of the upcoming movie ‘Nippu’ and this film has been produced by Chowdhary. The movie is releasing on the 17th of this month and Y.V.S. interacted with the press on the occasion. These are some of the questions that were answered by Y.V.S. Chowdhary in the session.

Q) The movie was originally scheduled for a Sankranthi release. It has been postponed many times and is now hitting the screens on Sankranthi. What is the reason for the delay?
A) True. We wanted to release the movie for Sankranthi but our music director Thaman has been extremely busy with some movies during that time. We did not want to pressurize him and compromise on the re-recording and sound work. Hence, we decided to postpone the date. Both Gunasekhar and I are very quality conscious and we did not want to compromise on any issue.

Q) Gunasekhar is known for lavish sets serious drama and massive action sequences. Ravi Teja is known for hilarious entertainers. So which flavour will dominate this film?
A) Gunasekhar has kept aside his image to make this movie. Infact, I can confidently say that this movie will not be a Gunasekhar style movie. The audience will be shocked when they see the film. A totally new style of movie making from Gunasekhar will be the highlight of this movie. This is a 100% Ravi Teja mark movie.

Q) What are the highlights of this movie?
A) Gunasekhar worked extremely hard on this script for more than 9 months. The hero’s character will be extremely entertaining. Natakireeti Rajendra Prasad’s performance will be a major attraction. 6 Superb fights and 6 superb songs will really appeal to the masses. Sriram and Bhavana will be seen in special roles. The sequences shot in Turkey have come out outstandingly well.

Q) What is Ravi Teja’s role in this movie?
A) Ravi Teja will be seen as Surya. He is a carefree and aimless guy. But he suddenly gets a huge responsibility and it will be interesting to see in the movie how he handles that responsibility.

Q) Heroines are being limited to glamour roles in most of the movies. Will Deeksha Seth’s role in the movie be any different?
A) Out of all the characters played by Deeksha Seth in her life till now, this will probably earn her the most acclaim. She has given a terrific performance in the movie and you will see how crucial her role is to the movie.

Q) How do you rate Gunasekhar’s performance as a director?
A) He has justified his selection completely and I am extremely satisfied.