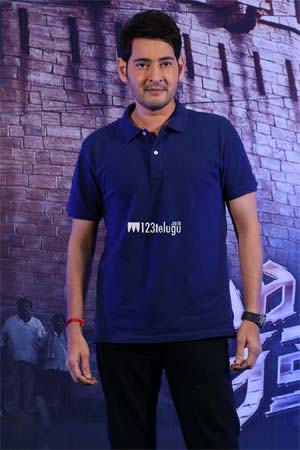 Mahesh Babu is busy promoting his film Sarileru Neekevvaru all over. On this occasion, we caught up with him for a detailed interview. Here is the transcript.

F2 made me say yes to Anil Ravipudi right away

Anil narrated this script during the shoot of F2. I told him that I will do this project later and happened to watch F2 then. It impressed me so much that I called Anil and asked him to prepone the project and start it right away. We shot it in record five months and here we are with the release.

Only one word- ‘Bomma Daddarilliddi’

I can only one word about Sarileru and it is ‘Bomma Daddarilliddi’. The moment I started the shoot, I felt that vibe and now when we all have seen the film, I also have that vibe. My producers are happy as the film will be a huge blockbuster and there is no doubt in that.

People will be amazed by Anil Ravipudi’s work

Anil has designed things according to my strengths. The manner in which he derived my role with comedy, responsibility, and mass elements is just superb. He has done an amazing job and the audience will be amazed to see his work in the film. He has grown by leaps and bounds with Sarileru.

Fans will see a new Mahesh Babu with Sarileru

I have surrendered to the director and tried everything in a different manner after a long time. The fans also wanted to see me in a mass avatar and trust me, they will see a new Mahesh in the film. I have done a role with so many variations which will be quite fresh.

I lost six kilos to play an army major

The moment we decided on the dates for the shoot, we delayed it for a month as I wanted to get fit for the army major’s role. I lost six kilos and then started shooting for the film. Things are very serious with my role and the responsibility of my role is shown beautifully by Anil.

Two big films coming on the same day is not good

I always feel that the two big films should not come out on the same day as there are so many problems like screens, revenue and collections involved. The same happened this time and luckily, the producers guild solved the issue and we both have spaced out our releases.

Chiranjeevi has been a huge supporter of my work

Not only this film but for all my previous films, Chiru garu has been a solid supporter of my work. He always inspires me and it was my idea that he should come to the pre-release event. The way he spoke, graced the event made the film go to the next level.

Rashmika is brilliant in the film

We always wanted a fresh face for the film and Rashmika fit the bill in a superb manner. She is a surprise package of the film and has done a superb job and will go a long way in her career. I had a lovely time working with her.

I keep unlearning with every film

With every film, I try to do something new. I have been doing message-oriented films and decided to do a mass film now. For every project, I keep unlearning and that is the reason, I go for regular breaks. After this film, I decided to go for a break and think fresh.

Anil Sunkara treats me as a family member

Anil Sunkara is a dear friend of mine and loves my dad so much. He treats me like his family member and he is very happy with the way the film has turned out. The moment I saw him beaming with joy, I became even more confident about the film’s success.