Sai Srinivas – Saakshyam will give the best cinematic experience to audience
Published on Jul 23, 2018 5:36 pm IST 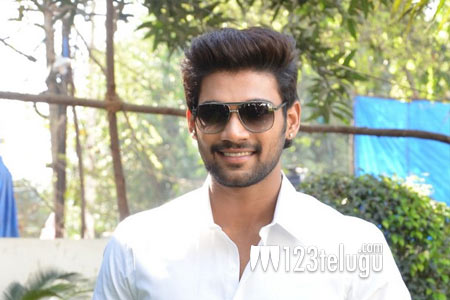 Young hero Bellamkonda Sai Sreenivas and Pooja Hegde’s upcoming socio-fantasy thriller, Saakshyam, is all set to hit the screens this Friday. On this occasion, we had a brief chat session with Sai Srinivas. Here is the transcript.

Q) What elements in the script made you accept this film?

A) Undoubtedly, the story. Our director Sirwass had narrated this script a couple of months before JJN’s release. In the first narration itself, I immensely liked it and said okay to it. I think this is the first ever film made on Indian screen which has the five natural forces interwoven with the narrative. Moreover, the span and converse of the film will be on a large scale and will give the best cinematic experience to audience.

A) I’m playing an adventurous video game developer who likes to explore the world. I underwent a very tough and intense training to perform various action sequences. Our fight master Peter Harris has done an amazing work and you will witness our hard work on the screen.

Q) Talk is that the film’s budget had exceeded, Tell us about it?

A) Yeah. The budget had crossed a bit but everything was under control. My producer and director had a cordial discussion and spent what was required. Other than that, there is no question of money being wasted into the making of the project. My producers know my market and they will spend accordingly. I always maintain a healthy relationship with all my producers. Next, I’m going to do yet another film with my JJN producer.

Q) Looks like the film has a heavy star cast. A few words about it?

A) Yes. Along with Jagapathi Babu, we also have Ravi Kishan sir and Meena ma’am. We even had leading actors from other industries who played prominent roles. As you all know, happening beauty Pooja Hedge will be seen as the female lead.

Q) About your next projects?

A) As of now, I’m doing a film with debutant Srinivas Reddy. Kajal is the female lead. I will be seen as the stylish police officer for the first time in my career. Recently, Teja sir’s film went on floors. In that film, I have a lot of scope for performance. Hope it will bring me a good name as an actor.