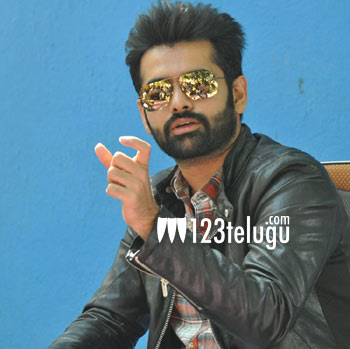 Energetic star Ram is coming up with a romantic entertainer, Nenu Sailaja this week. On this occasion, we caught him up for a brief interview. Let’s see what he has to say.

Q) Why did you change the title to ‘Nenu Sailaja’?

Hari Katha was our working title initially. After a while we felt that it might send a wrong signal to the audience and fixed the title as Nenu Sailaja.

Q) What is Nenu Sailaja all about ?

Nenu Sailaja is an interesting love story which is told in an innovative manner. Everybody will relate themselves with the characters of the film and enjoy it big time.

Q) Are you nervous about the film’s release ?

I took a lot of feedback after the failure of some of my previous films and okayed this script. I am pretty confident that the film will give me my much needed hit.

Q) Tell us about your character?

I play a DJ called Hari who is a boy next door type. After so many days, I have done a realistic character without any commercial shades and hope that everyone will like it.

Q) Tell us about your director Kishore Tirumala?

Kishore Tirumala is a good writer who is very spontaneous with his dialogues. He has done a splendid job with the film and executed it in a lively manner.

Q) How was it working with Keerthi Suresh ?

The heroine in our film should look quite natural and traditional. Keerthi Suresh was the first one who came to our mind and we immediately signed her. She is a wonderful actor and has excelled in all the emotional scenes.

I will only decide after seeing the output of this film.