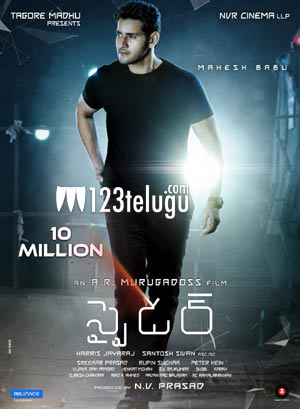 The craze for Superstar Mahesh Babu and AR Murugadoss’ Spyder is increasing with each passing day. The film’s Telugu and Tamil teasers were unveiled yesterday morning on the occasion of Mahesh’s birthday.

After clocking more than 8.6 million digital views in 24 hours, both the teasers have now registered more than 10 million views. The numbers will only increase multifold in the film’s run up to its grand theatrical release on September 27.

The entire talkie part has been wrapped up and the unit will shoot a song in August 4th week. Rakul Preet is the film’s female lead.
Attachments area