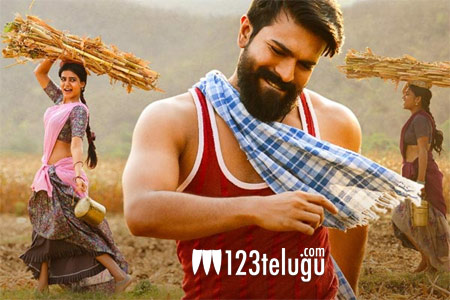 Yentha Sakkagunnaave, the first single from Ram Charan and Samantha’s highly-anticipated period village drama, Rangasthalam, released on the eve of Valentine’s Day and stole the hearts of music lovers in no time. Lyricist Chandrabose took everyone back to the 80s with his earthy and poetic lyrics in this melodious number composed and sung beautifully by Devi Sri Prasad.

Now, apart from becoming a massive hit on various music streaming apps, Yentha Sakkagunnaave has clocked over 1 crore views with nearly 199K likes on YouTube. The numbers once again reiterate that Telugu music lovers have an appreciable taste for quality music that’s rooted in our culture. Needless to say, the song’s success has raised expectations on the entire audio album which will be out in March.

Rangasthalam will be hitting the screens on March 30. Sukumar is the film’s director. Mythri Movie Makers banner has bankrolled the film.