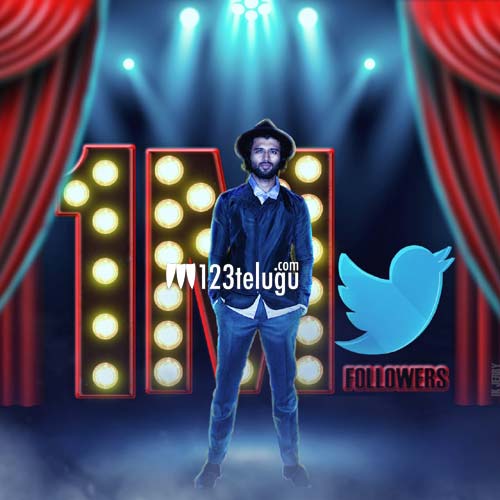 Tollywood heart-throb Vijay Deverakonda’s popularity needs no introduction. Ever since Arjun Reddy became a massive success, he has been a name to reckon with among his fans and some of the celebrated filmmakers in the country.

And the latest proof for Vijay’s ever-growing popularity is his Twitter followers count, which has crossed the 1 million mark this evening. Vijay joined Twitter in August, 2017, soon after Arjun Reddy’s release. Amassing 1 million followers in just over 2 years is indeed a solid feat by this happening young hero.

On the work front, Vijay is currently busy promoting his maiden production, Meeku Mathrame Cheptha, which is releasing on November 1. His next release will be a romantic drama, titled World Famous Lover.