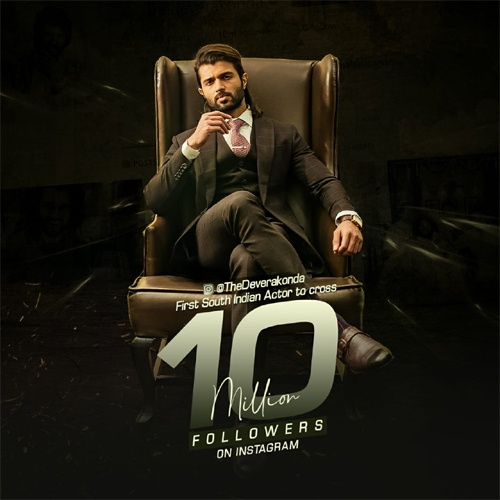 Vijay Devarakonda is one hell of a star who has seen crazy stardom in the last few years. He is a pan-India star now and has a crazy following in the country.

He has pushed away so many Telugu stars with his stardom and now, he has 10 million followers on Instagram which is no joke. Vijay is doing Puri Jagan’s film as of now and also has Shiva Nirvana film in the days to come.

He is known for his fashion sense and has a good vibe with the younger generation. Though he is not that active on social media, Vijay has a crazy following which can be seen online when he posts something and get a superb response.