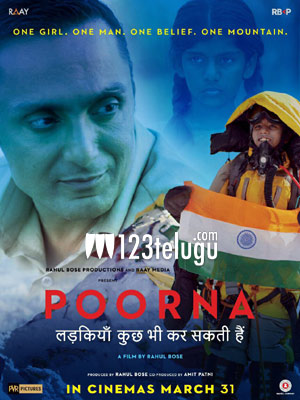 Poorna is a biopic based on the inspiring life of a teen mountaineer named Poorna from Nizamabad. Poorna is the youngest Indian to scale the Mount Everest. The Telangana government recognized​Poorna as an ‘educational and entertainment film’ for children.

Poorna is slated to open in several multiplexes​ in the city and other parts of the twin Telugu states.