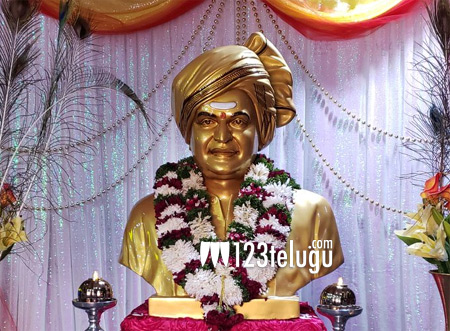 The first part of NTR’s biopic, Kathanayakudu, is set to hit the screens on January 9 and it sure means a lot of pre-release promotional activity from the team. Amongst them all, one interesting thing being done is a display of NTR’s idols at various movie venues in the Telugu states as a mark of respect to the yesteryear star.

Apparently, 100 idols will be displayed across various theatres in the two Telugu speaking states as a mark of respect to NTR.

The first of these idols will be inaugurated by Vidya Balan (who plays the wife of NTR, Basavatarakam) in Tirupati. The actress along with Balakrishna and director Krish Jagarlamudi are touring various locations and will reach Tirupati a day ahead of release.