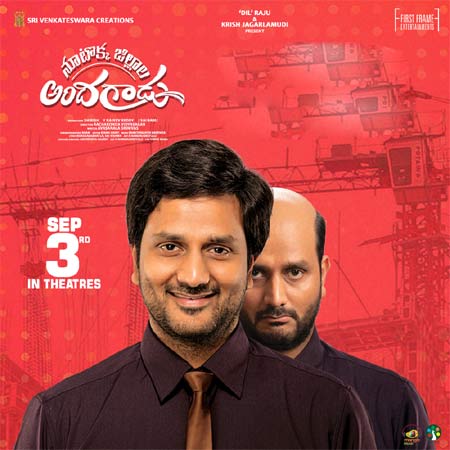 It is a known fact that hero Srinivasa Avasarala is doing a film called 101 Jillala Andagadu. The trailer is out and has created a good buzz and has crossed three million views online.

This is quite good keeping the hero, Srinivasa Avasarala’s popularity in mind. The update is that the film will be out on the 3rd of September on the big screens.

Debutant Sagar Rachakonda has directed the film, while Shakthikanth has composed the music. Srinivas Avasarala himself has penned the script.