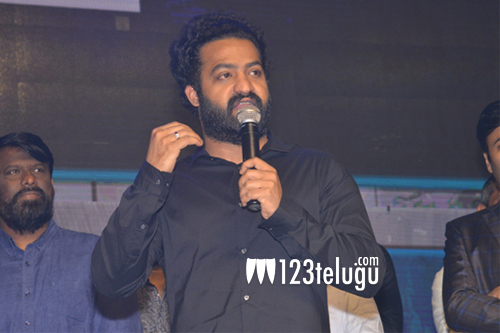 NTR was the special guest at the pre-release event of his brother Kalyan Ram’s upcoming thriller, 118. The Young Tiger said that he has already seen 118 and went on to say that it’s one of the best films in his brother’s career.

Tarak had some nice things to say about the film’s director KV Guhan’s dedication and the impressive performances given by the leading ladies, Nivetha Thomas and Shalini Pandey. NTR quoted the ‘curiosity’ dialogue from 118’s trailer and said that it best suits his brother. “Kalyan anna too has the same curiosity to give something new to fans. His performance in the movien one of his best,” said NTR.