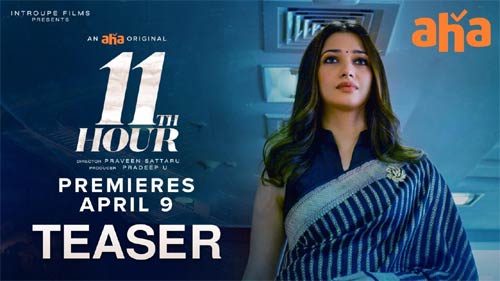 Telugu film industry is witnessing plenty of actors testing waters with web content these days. While Kajal Aggarwal recently made her OTT debut with Live Telecast, Tamannaah is all set to debut on OTT with Praveen Sattaru’s 11th Hour.

The first teaser of the show was unveiled earlier today and it has Tamannaah playing a fierce role of a CEO who is racing against time to save her company. Talking about the show, Tamannaah said, “There are a few characters you play which touch you. Aratrika is one such role. 11th Hour is close to my heart.”