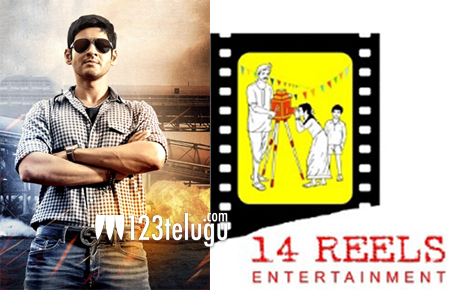 The association of 14 Reels Entertainment with superstar Mahesh Babu started with blockbuster hit ‘Dookudu’ and later went on to make ‘1-Nenokkadine’. The latest from this combination is the most anticipated ‘Agadu’ which is ready for release.

Latest buzz in the film nagar circles is that this production house is planning to invest 100 crores on Mahesh Babu’s next film in their production. However, according to the sources, the producers want to invest this huge amount only if the film is directed by Shankar or someone like him who can recover the budget.

‘Aagadu’ which in its final stages of post production features Tamannaha as the female lead. Directed by Srinu Vaitla, this action entertainer is slated to release on September 19.