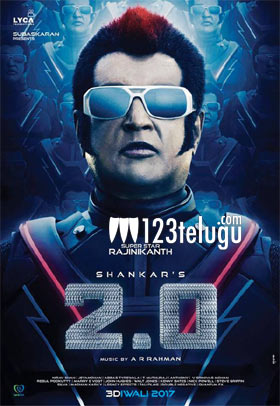 Fans of Super Star Rajinikanth and maverick director Shankar have been eagerly awaiting the arrival of 2.0 since more than a year. This high budget sci-fi thriller is gearing up for release on November 29.

To encourage new talent, 2.0’s makers have launched a unique contest on Twitter. Enthusiastic and creative fans may send fan-made posters of 2.0 with the hashtag #2Point0FanPromotions. Top 3 posters will be featured on the film’s official Twitter handle. This rare gesture by the film’s makers will surely increase that buzz on the movie.