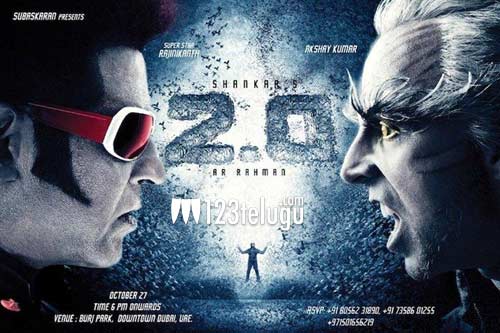 Tamil star actor-director duo Rajinikanth and Shankar’s sci-fi thriller, 2.0, hit screens last year and went on to gross over Rs 700 crores across the world. The film was supposed to hit theaters across China on July 12. But it was postponed to make room for The Lion King. There were rumors that the film will never be released in China.

As per the latest updates, 2.0’s Chinese version, titled 2.0 Resurgence, is now gearing up for a humongous release in Mainland China on September 6. Apparently, the film will be released in a staggering 56,000 screens, including 47,000 3D screens, across China. Popular Chinese film distribution house HY Media is releasing 2.0 Resurgence.