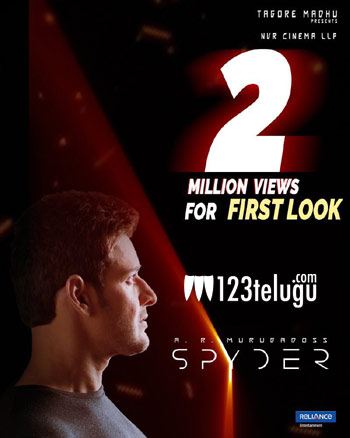 Superstar Mahesh Babu’s Spyder is already a hotcake in Tollywood and Kollywood. Now, the recently released first look teaser is increasing the buzz around the film even further.

Now, in a rare feat, Spyder’s first look teaser has amassed more than 2 million views and 69K plus likes on YouTube, while another 1 million views were clocked on Facebook.

The film’s next schedule will kickstart in Hyderabad from the 20th of this month and a major part of the shooting will be wrapped up with this schedule. AR Murugadoss is directing this movie and Rakul Preet is the leading lady in it. NV Prasad and Tagore Madhu are jointly producing this movie.