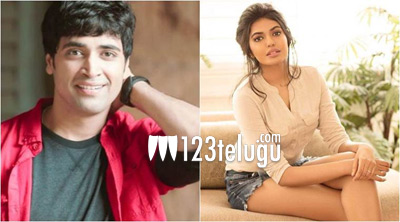 It is widely known that Bollywood hit 2 States is being remade in Telugu. Senior hero Rajasekhar’s elder daughter Shivani will be debuting into films with this youthful entertainer, which has Adivi Sesh as the male lead.

Now, the latest update is that this film will have an official launch on March 24th. Debutant Venkat Reddy will be directing this as-yet-untitled film and MLV Satyanarayana will be bankrolling it under his Lakshya Productions banner. MS Kumar is the executive producer and Anup Rubens will be scoring the music.