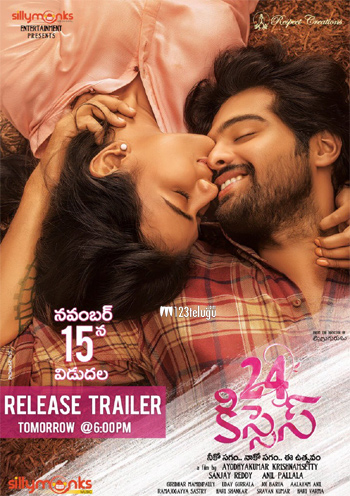 Hebah Patel is back with her new film 24 Kisses. The film which was supposed to release this Friday has now been postponed. The latest we hear is that the film will now come out on the 15th of November.

Minugurulu fame Ayodhya Kumar directs this film which has Adith Arun in a lead role. The teaser of the film has created a good hype and the reason behind the multiple postponements of this film is not yet revealed.

The film is based on a young couple who go through various phases in their relationship. Watch out this space for more updates on this project.