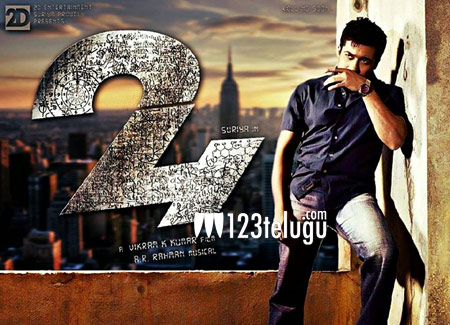 It is a known fact that the shooting of Suriya’s upcoming film ’24’ has been completed some time back. Touted to be an action thriller, the first look of the film will be revealed on the 24th of this month.

Vikram Kumar of Manam fame is the director and star heroines like Samantha and Nithya Menon will be seen opposite Suriya. The movie is produced by Suriya’s 2D Entertainment. Music has been composed by A.R. Rahman.