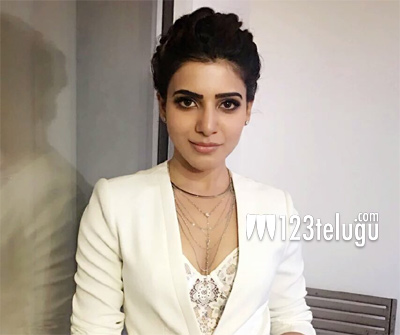 Star heroine Samantha has landed herself in a strange situation. The actress, whose last release was the Diwali blockbuster Mersal, will have 3 releases within a gap of just 2 days this summer.

Firstly, Samantha will be seen in Mahanati, the much-awaited biopic on legendary yesteryear actress Savitri. The film is gearing up for release on March 29. And on the same day, Sam’s Tamil film, Vishal-starrer Irumbu Thirai (Abhimanyudu in Telugu), will hit the screens in both Tamil and Telugu languages.

And the most eagerly awaited village-based period drama, Rangasthalam, starring Ram Charan in Sukumar’s direction, will hit the screens on March 30. Also, within a month, Sam will have yet another release in the form of Super Deluxe, which is releasing on April 27. Needless to say that Samantha will have quite an eventful time this summer with as many as 4 exciting movies.