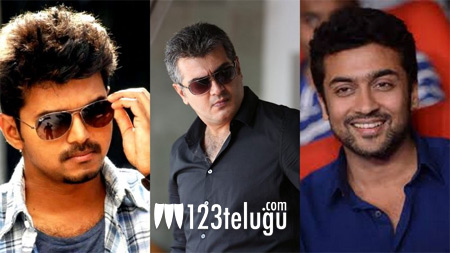 Kollywood movie lovers and trade circles will be witnessing an epic box-office clash during the Diwali festive season later this year. Three of the biggest stars of Tamil film industry, Ajith, Vijay and Suriya, will be releasing their movies for Diwali.

Thalapathy Vijay’s latest film is being directed by AR Murugadoss. On the other hand, Thala Ajith’s Viswasam will be going on floors from February 22. Also, Suriya’s 36th movie under Selvaraghavan’s direction is already wrapping up its first major schedule.

The makers of all the above three movies are hell-bent on releasing their movies for Diwali. However, we will have to wait for a few more months to see if this epic box-office clash will be averted in the end, as all the movies will suffer a great deal.