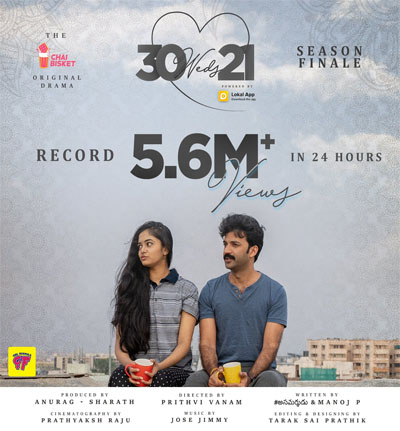 Chai Bisket’s latest web series ’30 Weds 21′ has emerged as the most lovable web series in recent times. The web series starring Chaitanya Rao and Ananya is receiving a warm reception from the audience.

The final episode already garnered more than 5.6 million. Among all the web series that have released on Youtube, this is the highest number of views for a Web series episode on Day One of its release.

30 Weds 21 is the story of an unconventional love story between a newly married couple. They bring together different perceptions in their story being a 30 year old run-of-the-mill IT professional and a lazy 21 years old girl fresh out of college.