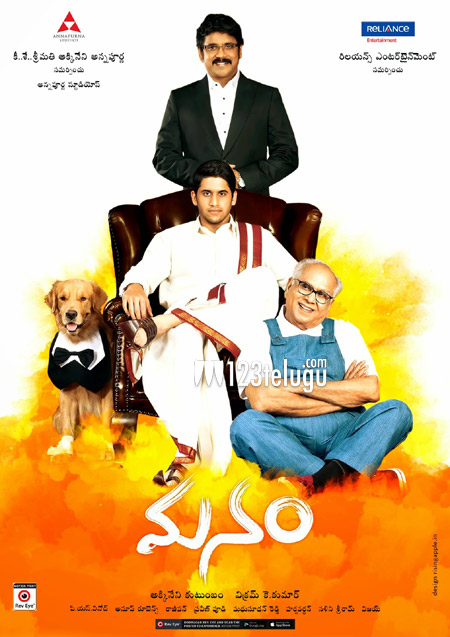 Dr ANR, Akkineni Nagarjuna and Naga Chaitanya’s successful family drama ‘Manam’ has completed 50 days . The film is the biggest hit for the Akkineni Family, with worldwide revenues above the 40 Crore figure.

The film is based on re-incarnation theme with some slight changes and Vikram Kumar directed it. It is an Annapurna Studios production and it was made with a big budget. Samantha and Shriya are the heroines.

Anoop Rubens composed the music for this movie and it was promoted extensively as ANR’s last film.