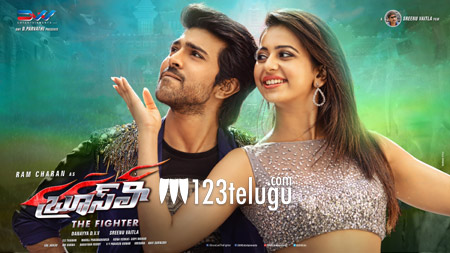 We have already reported that Bruce Lee is all set for a mammoth release on the 16th of this month. Latest update reveals that the film will open in close to 212 locations in the US and a mammoth 500 première shows have been planned by the overseas distributors.

The hype surrounding the film is huge and Chiranjeevi’s cameo has only doubled the craze. Chiru will feature in a small fight sequence along with his son Charan. Rakul Preet is playing the female lead in this film which is being produced by DVV Danayya. SS Thaman is the music director.