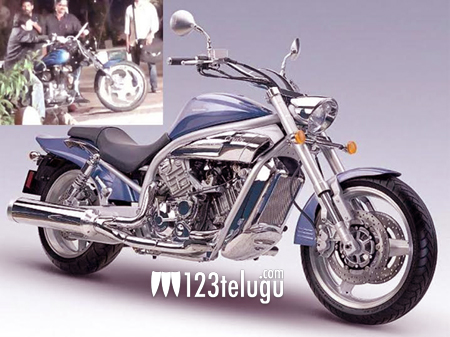 Power Star Pawan Kalyan will be using a special bike in the upcoming film ‘Gopala Gopala’. While there is no clarity on the kind of bike being used, sources say that Pawan will be seen on a 6 lakh Rupee bike for the film.

Apparently, the makers are using a Hyosung 650 bike for the movie, with some special modifications. This will give Pawan a grand and special look in the film. Gopala Gopala is the remake of a Hindi blockbuster and Venkatesh will be seen as the other hero.

Dolly is directing this film and Suresh Productions banner is producing it in association with North Star Entertainments.