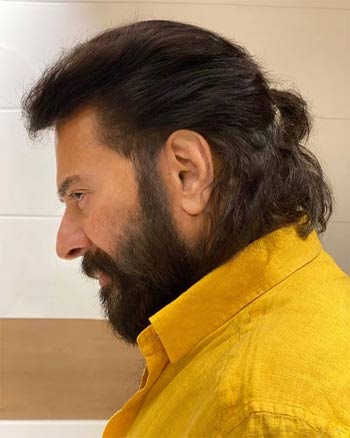 Needless to say, fans began speculating that Mammootty’s new style statement is a part of the preparations for his role in one of his upcoming films. The 69-year-old stalwart actor will soon resume the shooting of Bheeshma Parvam. He also has Puzhu, CBI 5 and Bilal which will kick-start after Bheeshma Parvam.