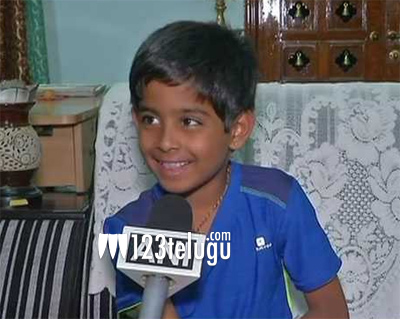 In an inspiring feat, a 7-year-old Hyderabad boy named Samanyu Pothuraju scaled 5,895 meters to reach Uhuru Peak of the Mount Kilimanjaro in Tanzania, Africa. Samanyu is a huge fan of Powerstar Pawan Kalyan and his mother had promised him to take him to meet Pawan if he sets a world record in mountaineering.

Samanyu’s mother Lavanya, coach Thammineni Bharath, a fellow mountaineer Shangabandi Srujana, and another woman, all from Hyderabad, and a local Tanzania doctor accompanied the young boy as he scaled the tallest peak on Mt. Kilimanjaro in four days between March 29 and April 2. Samanyu’s next target is to set a world record by scaling the Australia peaks in May.