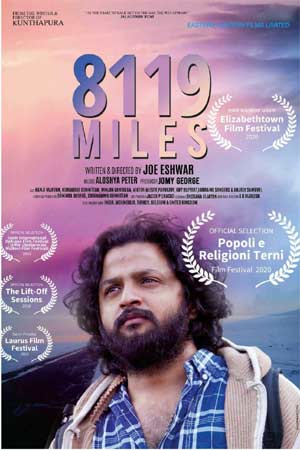 8119 Miles is a film that has been in the news for a long time now. The film tells the story of Gabriel D’Selva who is a mechanic from Goa. His dream is to visit the UK, a dream but fails to secure a visa. So, a desperate Gabriel resorts to an ancient route used by illegal migrants.

The film will be out on NET 5, a web platform that aims at bringing world cinemas to the screens at your home. The director of the film, Joe Eshwar earlier made Kunthapura, a period drama set in the 1920s in 2013. 8119 Miles is his second feature.

Joe has directed 26 documentaries and lives in the UK. So, we need to see how does he narrates the film when it is out on Net 5.