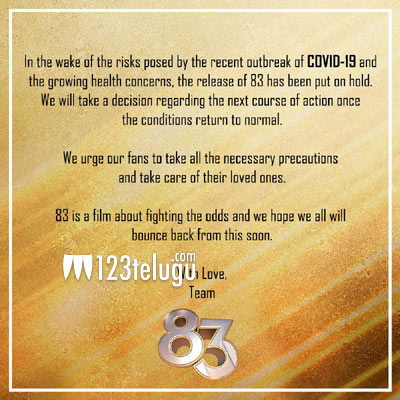 83, the much-awaited biopic on legendary Indian cricketer Kapil Dev, is the latest pan-Indian film to be affected due to the Coronavirus pandemic. The film, which is scheduled to hit screens on April 10, has now been postponed due to the outbreak of the virus.

83’s makers took to social media this morning and announced the postponement of the film’s release. The next release date will be revealed in a few weeks time. 83 showcases how the Kapil Dev-led Team India had clinched the ICC World Cup in 1983.