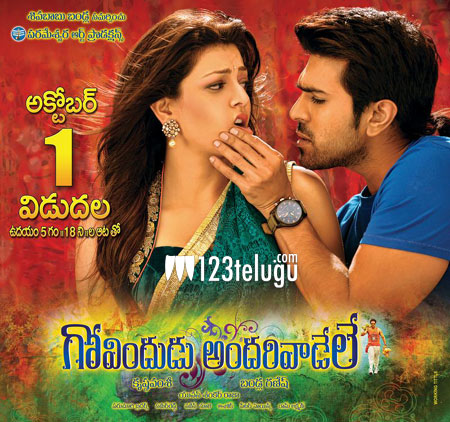 As reported earlier, arrangements are in full swing to release GAV in record number of theaters worldwide. With Ram Charan clearly determined to make his mark in the US, it is known that presently 97 theaters are confirmed for premier shows on 30th Sep.

With a few more still in the pipeline, Govindudu Andarivadele could remain as Ram Charan’s biggest release in the US till date. And if everything goes as per plan, it could very well be his highest grosser in US too. Kajal Agarwal plays the heroine alongside Ram Charan and Srikanth, Prakashraj and Jaya Sudha play other crucial roles in the movie.