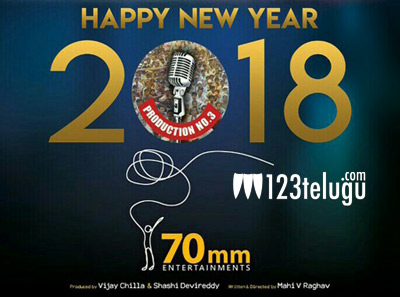 Recently, the makers of Bhale Manchi Roju and Anando Brahma announced their next project. The film will be directed by Mahi V Raghav, who directed Anando Brahma last year. Vijay Chilla and Shashi Devireddy will produce the movie under 70mm Entertainments banner.

Now, an exciting update on this project is that the movie will be an ambitious biopic on the late chief minister of erstwhile Andhra Pradesh YS Rajasekhara Reddy. This intense political drama is tentatively titled Yatra, inspired from YSR’s Padayatra that redefined his political journey in 2003.

A leading star will play YSR’s role. The film will also feature celebrated cast in important roles. An official announcement will be made soon in this month.