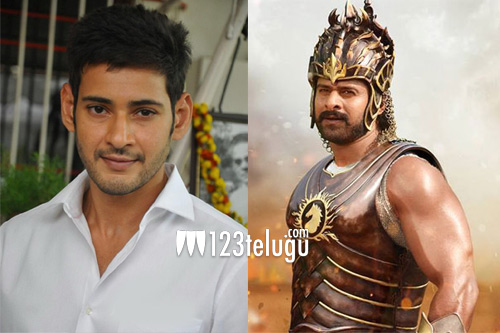 Prince Mahesh Babu and Young Rebel star Prabhas are one of the most sought after superstars in tinsel town. However, both these stars are going to lock horns for the first time with their forthcoming films.

According to reports, SS Rajamouli’s magnum opus ‘Baahubali’ has been confirmed for release on July 10th, 2015 and on the other hand, Mahesh’s ‘Srimanthudu’ is also scheduled to hit the screens within a week’s gap of Baahubali’s release i.e. on July 17th, 2015.

However, it will also be quite interesting to see the clash of these stars with the trailers too even before their film’s release as both the movie’s trailers are scheduled to release on the same day i.e. on May 31st, 2015.

However, it would be a real treat for all movie lovers, and it will be interesting to see which movie stands out as a winner.