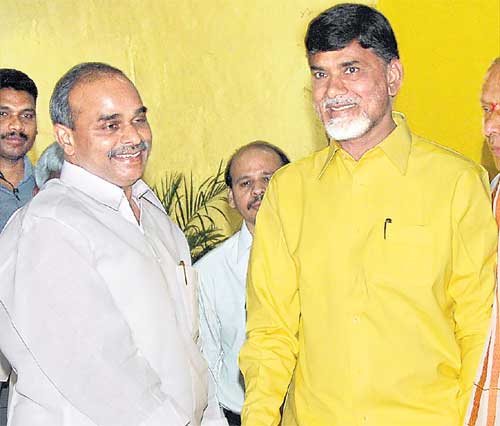 It’s well known that former Andhra Pradesh Chief Ministers Nara Chandrababu Naidu and YS Rajasekhara Reddy were arch political rivals for over 3 decades. Apart from their political rivalry, both CBN and YSR were close friends too.

Now, a film on the deep friendship between Chandrababu Naidu and YS Rajasekhara Reddy is on the cards, if the latest reports are anything to go by. What’s even more interesting is that the film will be released in two parts.

While the first part will showcase the beginning of the friendship between both the iconic leaders, it will primarily showcase Chandrababu Naidu’s rise in politics and his landmark tenure as the CM of Andhra Pradesh. On the other hand, the second part will be focused on YSR’s rise in politics and his stint as CM after taking over the reigns from CBN.

A director named Raj will be helming this prestigious project, while NTR biopic producer Vishnu Induri will bankroll the film in association with Thirumal Reddy.