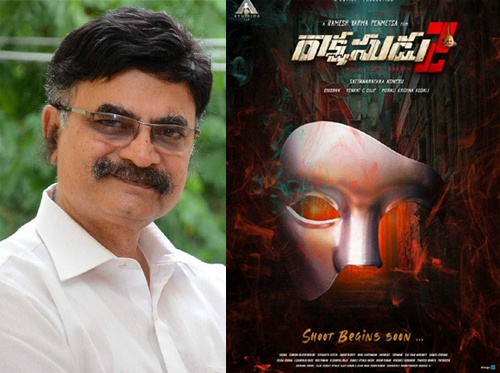 It is a known fact that Bellamkonda Sai Srinivas’ crime thriller Rakshasudu directed by Ramesh Varma was a sensational hit. The director is presently directing Mass Maharaja Ravi Teja in an action entertainer Khiladi.

Meanwhile, Ramesh Varma announced his next project and also unveiled the title poster of the same. The film is titled Rakshasudu 2 and is a sequel for Rakshasudu and caught the imagination of many.

Today, Ramesh Varma once again tweeted that preparations are in full swing and the film will kick start its shoot in London. The news is also that the film will be made on a budget of 100 crores.

But still, the hero will do the film has been kept a secret. Let’s see who is that big star that has said yes to this film.